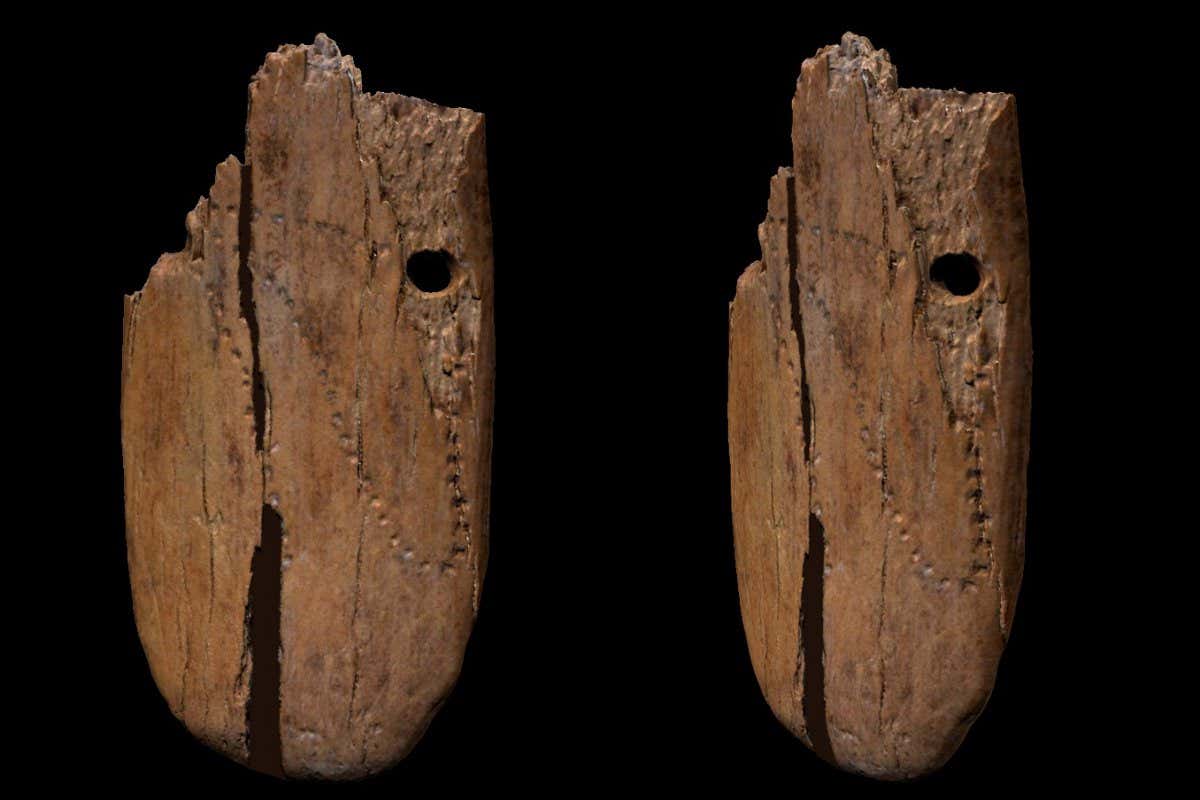 A pendant carved with mysterious dots unearthed in a Polish cave is thought to be over 40,000 years old

A pendant carved from mammoth ivory is the oldest known ornate jewellery made by humans in Eurasia. The discovery is shaking up our understanding of the emergence of symbolic behaviours in the region.

The oval-shaped pendant, 4.5 centimetres long and 1.5 cm wide, was unearthed in Stajnia cave in Poland. It has two holes drilled into it, presumably to be used for thread, and is decorated with a sequence of more than 50 small indents in a looping curve.

“It’s a beautiful piece of past work from Homo sapiens, an amazing piece of jewellery,” says Sahra Talamo of University of Bologna, Italy, who led the team that analysed the pendant.

Using a new radiocarbon dating technique, the researchers discovered that the pendant was created 41,500 years ago, making it the oldest of its kind found in Eurasia. “We were quite shocked,” Talamo says.

This predates other objects and personal ornaments with punctured dot motifs found in France and Germany by 2000 years. It also highlights Poland as an important region for artistic innovation for the first wave of modern humans in Europe who developed new types of decoration for their bodies as a marker of personal or cultural identity.

The pattern of dots on the ivory forms an asymmetrical loop, but exactly what they mean is still an open question, says Talamo. “The most beautiful interpretation is that it is a lunar calendar,” she says.

The motif is similar to the one found on the Blanchard plaque from France, dated to around 30,000 years ago, which has been postulated to be a hunting tally to count the number of animals killed, or a marker of the position of the moon over time.

The excavations at the Stajnia cave also reveal how modern humans were in Poland around 10,000 years earlier than previously thought. “Poland was not supposed to have Homo sapiens there at this time,” says Talamo.