Nakuru at crossroads as Jubilee heads to first NDC 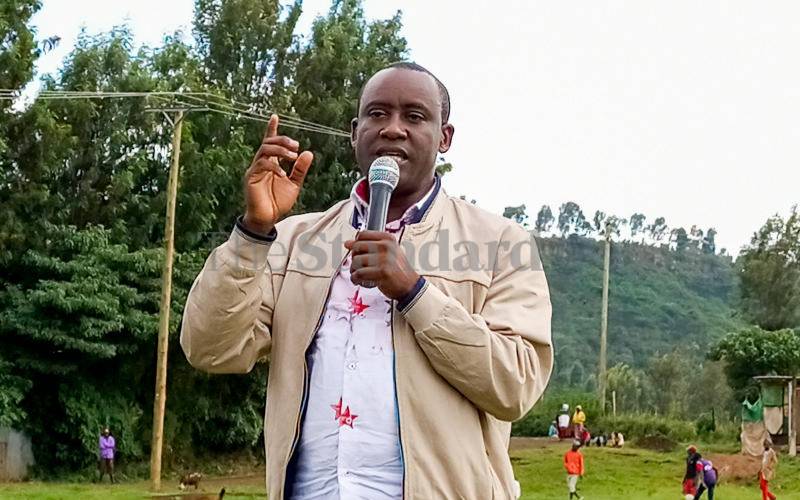 As the Jubilee Party heads to its first-ever National Delegates Conference (NDC) slated for the end of November, all eyes are on Nakuru County leaders.

It remains unclear whether the leaders will attend the NDC on November 30 because the majority have publicly ditched the party, which has its roots in Nakuru.

Martha Wangari (Gilgil) and Kuria Kimani (Molo) are the only remaining lawmakers yet to publicly announce their stand, though they were previously allied to Deputy President William Ruto before they went silent in 2019.

Though a staunch supporter of DP Ruto since his 2002 debut in politics, Kuresoi North MP Moses Cheboi, who doubles as Deputy Speaker at the National Assembly, has not publicly announced his stand, owing to his position in Parliament.

Subukia MP Kinuthia Gachobe is the most recent Jubilee Party elected leader to publicly announce that he will be defending his seat on a United Democratic Alliance (UDA) ticket.

The first time lawmaker has been silent on the party and national politics since 2019 when the ruling party went on a purge to expel and take other disciplinary actions against rebel members.

Yesterday, Gachobe said he had kept off the national discourse to focus on implementing the government projects, most of which he says have been delivered.

“What would I have gained if I went out politicking only for the government to close the taps of resources that we needed for development?” said Gachobe.

The MP lashed out at his opponents capitalising on his silence to endear themselves to the electorates under the UDA party.

“My opponents and I are now in UDA. Nobody will be elected because of the party they are in. Let us now compete on what one has done and the policies they have for the electorate,” he said.

The MP took issue with Nakuru Governor Lee Kinyanjui over his sustained support for ODM Party leader Raila Odinga, saying that this was their only point of departure.

“Some people are now selling Raila in Nakuru after years of campaigning against him. For us, the top seat is for UDA. On county politics, I will soon show you the candidate we shall back,” said Gachobe.

Nakuru residents are also keen on Kinyanjui’s moves ahead of the Jubilee NDC. He has formed a new party-Ubuntu People’s Forum (UPF).

While ODM and Jubilee parties are on an apparent path to back Raila in 2022, Kinyanjui has distanced himself from the two parties but still supports Raila.

“Those attacking us fail to appreciate that our backing is not based on sycophancy but solid and rational considerations. While Raila is a fallible human being, he stands out when his contribution to Kenya’s transformation is evaluated objectively,” said Kinyanjui.

The governor said he would be popularising UPF in Nakuru and neighbouring counties where the party will field candidates for various positions.

Senator Susan Kihika remains a key ally of Ruto in Nakuru and the South Rift region. Her bitterness with the Jubilee Party reached an all-time high after she lost the Senate Majority Whip position in May 2020.