Havi to run for Westlands parliamentary seat on UDA ticket 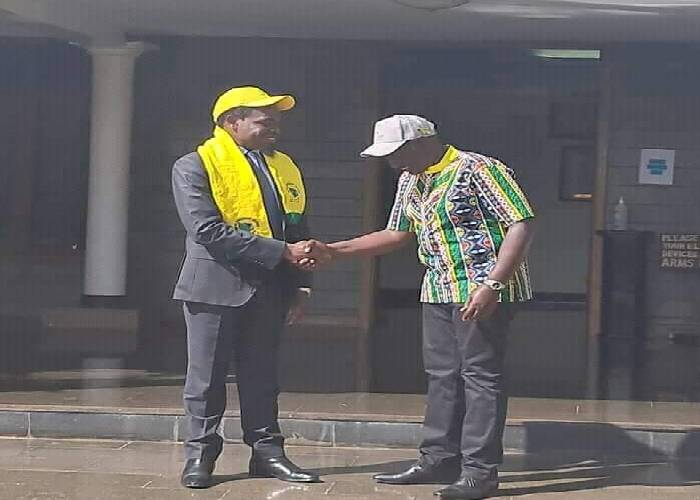 In a clip seen by The Standard on Monday, Havi was received by Deputy President William Ruto accompanied by other UDA politicians including Mathira MP Rigathi Gachagua and his Garissa Town counterpart Aden Duale.

During the brief ceremony that took place at Ruto’s official residence in Karen, the DP handed Havi a yellow scuff and a cap with UDA symbols.

Ruto thanked the LSK boss for choosing the Hustler movement, saying it was a good decision to join the outfit.

Ruto also said Havi will contest the Westlands seat on a UDA ticket.

“Mr Rigathi, come and greet our Westlands Parliamentary aspirant,” Ruto is heard telling the Mathira MP in the clip.

Havi had declared to run for Westlands MP seat in 2022 without indicating which party he will use.

Havi is on record saying he has been approached by residents from Westlands to represent them in Parliament after sitting MP Timothy Wanyonyi.

Wanyonyi will run for Nairobi Governor seat on an ODM ticket.