Do not abolish your events, Martha Karua pushes for Mt Kenya unity 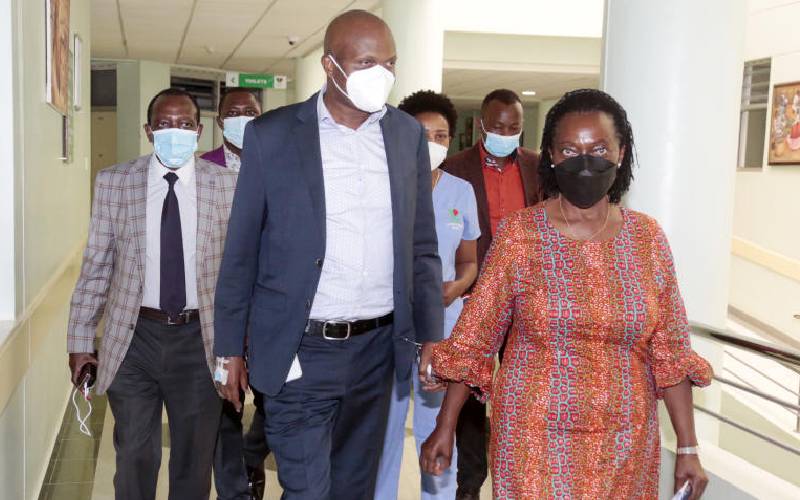 Karua, who is on a tour of Mt Kenya under the umbrella of Mt Kenya Unity Forum, said the region should not be divided for political expediency.

“If Mt Kenya is not united we are going to lose,” she said, adding that Embu, Kirinyaga, Embu and Kikuyu shared cultural and other ties and should maintain the unity.

The former Gichugu MP said she is a crusader for better services for all Kenyans, although she had left the government.

“I work for you even more than those currently serving,” she said.

She said as spokesperson of Mt Kenya Unity forum, she and the region’s spokesman Justin Muturi and others were working for the rights of citizens.

Karua also said leaders should not force residents to go into one party, because Kenya is a multi-party democracy.

She pointed to the case of the parties that collapsed to form the Jubilee Party.

“We saw them being forced into one party. They even wore identical suits and ties. Now we are seeing infighting there. Why should we be forced to join one party?” she posed.

Karua said if the MCAs, MPs, governors and even the president are in one party it will create a dictatorship.

“If you do not agree with the party, you will be kicked out. Even I will not tell all of you in Mt Kenya to join Narc-Kenya,” she said.

This is her second meeting in the region after she kicked off her tour in Nyeri town meeting leaders from the county.

“We agree that you are free to join any party. You should choose for whoever you want, from different parties,” she said adding that electing candidates from one party for all elective positions should be discouraged.

She said many people in county and national government had won seats and gone to Parliament riding on popular parties, not because they merited it.

“We should not abolish parties. We should be free to support any party and people of integrity,” she said.

Karua said she wanted a balance in distribution of resources, a situation where all Kenyans have security and services, irrespective of where they are.

She said Kenya had been ransacked by corruption but had survived noting it was important to curb the vice.

“If Kenya were a business it would have been auctioned,” she said.

Delegations from five sub counties attended the first meeting at Maua and was attended by participants from various political parties.

Prof Naituli said Karua was “clean as they come” and deserved to be elected as a leader.

He said Kenyans needed to identify good people to elect. “Otherwise we will be reshuffling thieves after every five years,” he said.

Jennifer Kathure said Karua has been a crusader against corruption, the type of leader the country needs to achieve economic development.

“She has been a strong voice in the fight against corruption, she is known as a leader who abhors the vice, which had denied Kenyans services and amenities to improve their lives,”Kathure said.