A radical cryptocurrency experiment almost purchased the US Structure 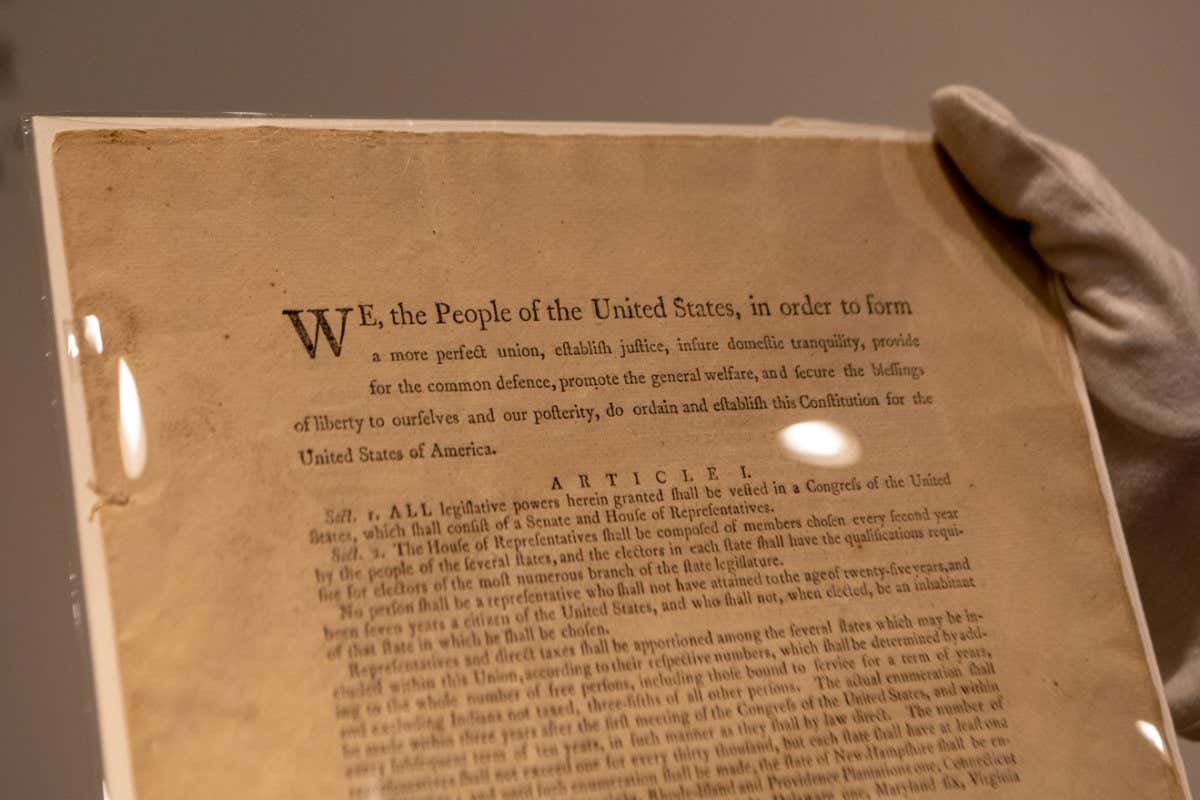 A groundbreaking experiment which raised over $40m in cryptocurrency donations in less than a week to buy one of 13 surviving original copies of the US constitution at auction has failed to secure the document. But the process by which the money was raised – using the blockchain technology behind cryptocurrencies to quickly form and run a decentralised organisation – has been deemed a success.

ConstitutionDAO raised donations averaging more than $200 from 17,437 investors in days, something which organisers claim is a record for crowdfunding. The project used the Ethereum network, which is a cryptocurrency-based platform that can be used to create smart contracts, such as agreements to contribute to a large crowdfunding campaign and what will be done with the proceeds.

Co-creator Will Papper says it could be a really important test for a radical new type of governance. A Decentralized Autonomous Organisation (DAO) can function like any company, charity or special interest group, with investors, managers, rules, assets and a common goal. But unlike traditional business structures a DAO is set out in computer code and runs autonomously.

Papper says that several ambitious DAO projects are in progress, such as CityDAO which is collectively purchasing land in Wyoming to create a new city, but that this attempt at buying the US Constitution demonstrates that large, disparate groups can be empowered by blockchain technology, which underpins Ethereum and other cryptocurrencies, to reach a common purpose.

Papper says that in online groups like this people do not need to spend time forming official corporations or writing complex contracts because the way the organisation runs can be guaranteed by the computer code.

The copy of the constitution was auctioned by Sotheby’s last night with a reserve price of up to $20m, well within ConstitutionDAO’s budget, but the document eventually sold to another bidder for $41m. Had ConstitutionDAO won then the investors would have used voting mechanisms built into the code to make collective decisions about how it was stored and where it was allowed to be displayed. That same code will now handle the automatic refund of all invested money to the donors.

Papper imagines that DAOs will be formed to compete with online services like Spotify, where artists can upload their work and automatically get paid per listen from a pot of cryptocurrency formed from subscriber’s monthly payments. Such an entity would require almost no staff.

“I think the only thing that’s holding back DAOs is usability,” he says. “Right now they’re still difficult to use, but as they get easier and easier more people will start to use these autonomous protocols instead of centralised companies, given just how much more effective they are.”

Nitin Gaur at IBM Research says DAOs and smart contracts are an “evolutionary step” that could remove opacity and fraud from business dealings. “While the first blockchains were designed to perform a small set of simple operations, techniques have been developed to allow blockchains to perform more complex operations, defined in full-fledged programming languages. The program can itself control blockchain assets,” he says.

Adrian Fletcher who was previously head of blockchain at TD Bank says that the cryptocurrency and blockchain sector is full of developers who believe they’re building a decentralised. “Although many of these projects will fail along the way I do think many will survive, and in the future we won’t be able to remember a world without them,” he says.