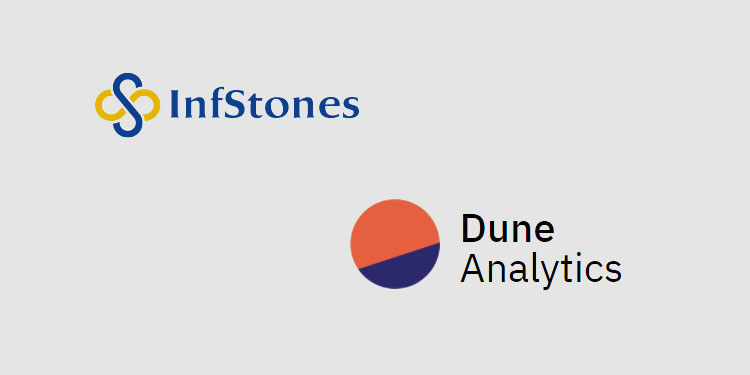 InfStones, as a blockchain infrastructure service provider plus active validator on the BSC blockchain, has been providing API, data, and node management services to numerous BSC ecosystem partners. and announced today that Dune Analytics has announced its integration with BSC.

Dune Analytics is the most commonly used blockchain data analysis service provider in the world. Their team wants to expand the offering to BSC, which requires indexing the entire BSC blockchain. However, indexing every block on the BSC blockchain can be very challenging and time-consuming. This is where InfStones’ infrastructure provided critical support to Dune Analytics.

“Among all service providers, only the data API service provided by InfStones meets Dune Analytics’ performance requirements. We planned a product launch in about two weeks, but we need at least another 5 weeks to catch up with the BSC chain with the slow block rate. To help us with the launch, the BSC team connected us with InfStones. After getting the requirements from us, the InfStones team quickly set up a test environment with which we managed to get a result that was 4x–12x faster than any of the solutions we tried in the market.”
– Mats Julian Olsen, CTO of Dune Analytics

Back in June nfStones announced that it partnered with Binance Smart Chain to provide on-chain data services, node services, API services, and other infrastructure services, lowering the threshold for all developers and project parties in the BSC ecosystem.

“We are very pleased that Dune Analytics has recognized the quality of the API services we provide. Since our establishment in 2018, InfStones has been focusing on building generalized infrastructure services on different blockchain protocols. With a powerful cloud technology architecture, this allows us to quickly provide high-quality, guaranteed enterprise-level infrastructure services on different blockchain protocols.”
– Zhenwu Shi, Founder & CEO of InfStones