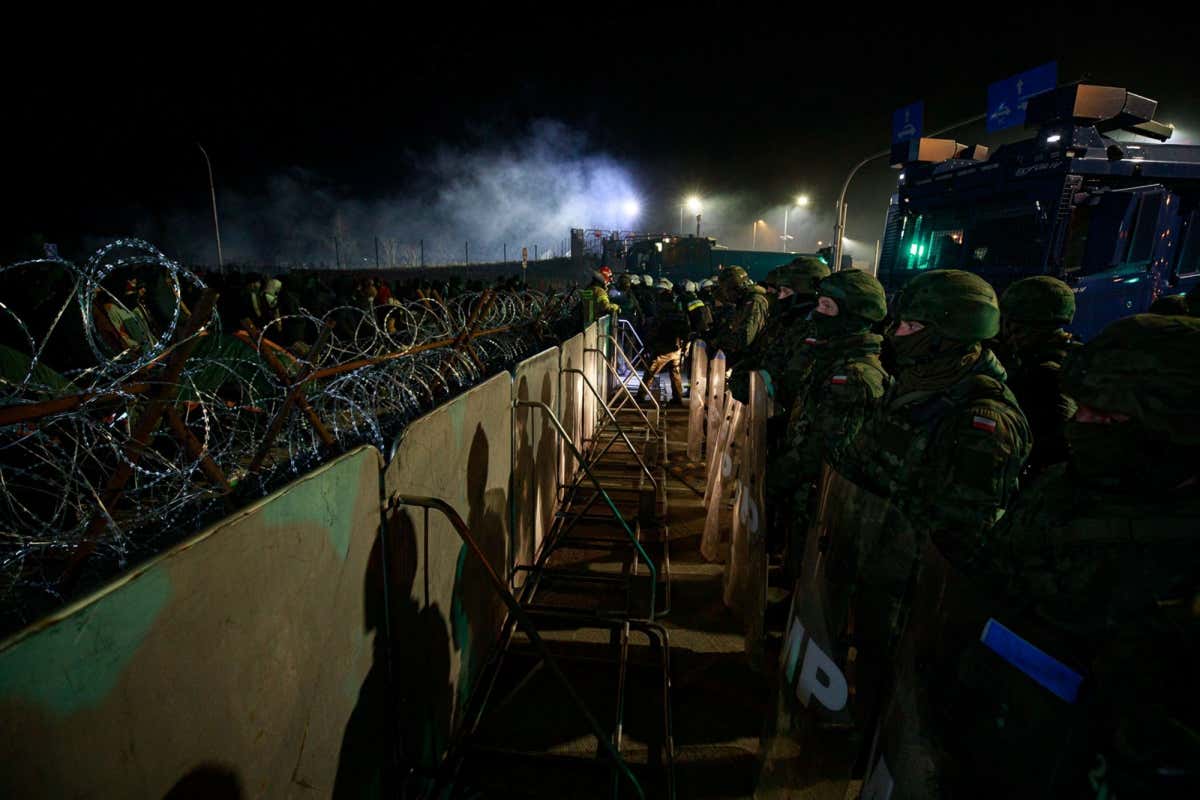 Belarusian soldiers used flashing lights to daze Polish forces amid a border stand-off last week. Strobe weapons have been claimed to have more serious effects, but evidence is lacking

Strobe devices have been used on Polish forces by Belarusian troops as they tore up a fence on the border between the countries last week. Strobe weapons, designed to daze or immobilise opponents with flashing light, have been developed since the second world war, but this appears to be their first use in a situation below the level of open warfare.

The incident occured after the European Union accused Belarus …