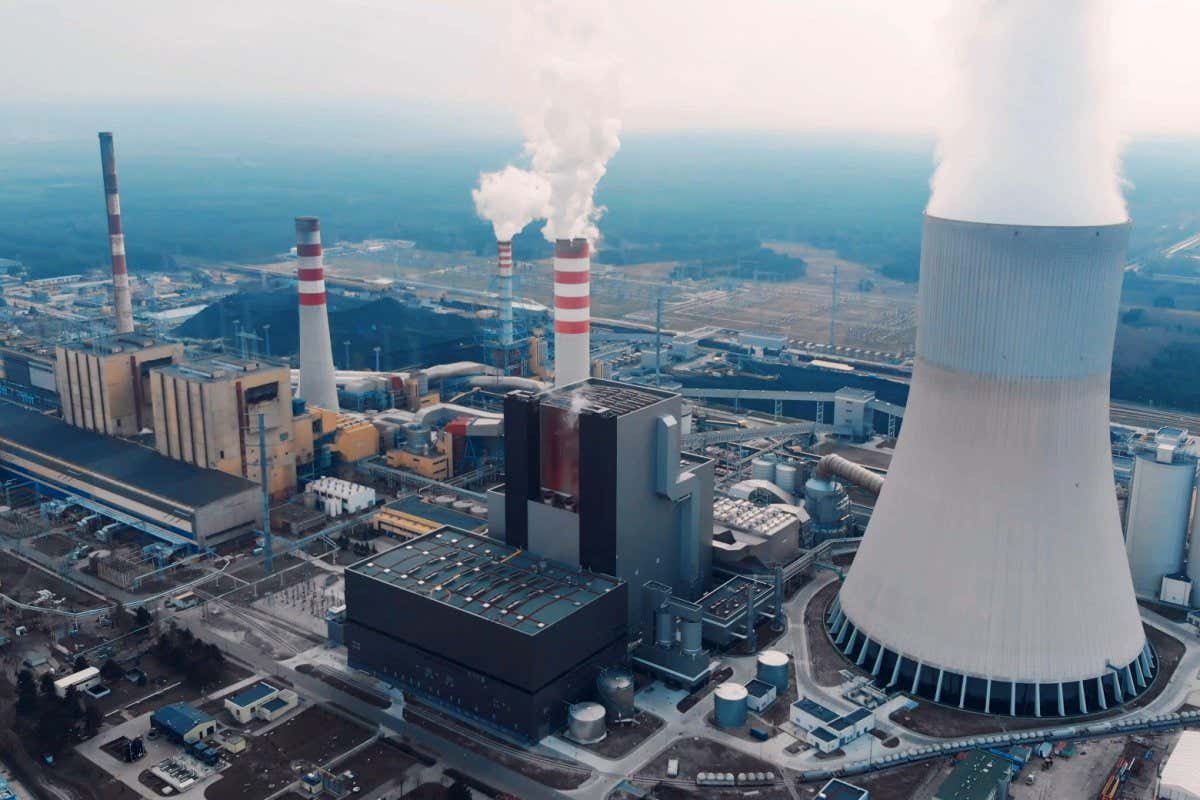 Sign up for Today at COP26, our free daily briefing on all the latest news and analysis from the crucial climate summit

Wednesday at COP26 was largely disappointing and rather chaotic, but Thursday has been rather more successful. While some new reports have hammered home the severity of the climate threat, there have also been major advances towards reducing the use of fossil fuels and thus cutting greenhouse gas emissions. “It’s a bit early to say whether we’re on track for a fully successful COP but the early signs seem reasonably good,” according to Jacob Werksman, the EU’s top climate negotiator.

First, 23 countries have promised to stop new coal power schemes, and to phase out existing ones. They include five of the top 20 coal-using countries: South Korea, Indonesia, Vietnam, Poland and Ukraine. The plan requires more urgent action from richer countries – high-income countries are to phase out coal some time in the 2030s, while low-income ones have until the 2040s.

As always, there are caveats. First, the proposed timings are a little late: the International Energy Agency estimates that those dates need to be no later than 2030 and 2040, if we are to limit warming to 1.5°C. Second, in one of those tedious little twists that come up so often, Poland has classified itself as a low-income country, despite being one of the world’s 25 largest economies. And finally, the list of countries doesn’t include the three largest coal users: China, India and the US.

Nevertheless, the phase-out of coal is unalloyed good news. Coal is arguably the worst fossil fuel, because it emits the most greenhouse gas per unit of energy generated – so stopping its use is a vital step. Furthermore, what often happens with climate promises is that countries don’t go far enough the first time, and then in subsequent years they get pushed further and further. As a result, the ditching of coal may well happen faster than was promised today, provided the pressure is maintained.

One of the reasons it is so hard to stop greenhouse gas emissions is that emissions coming from one country are often supported, financially or otherwise, by other countries. So it is also good news that 20 governments have promised to stop financing oil, coal and gas projects beyond their borders. The list includes Canada, the UK and the US. The move will come into effect by the end of 2022.

These countries are still able to finance oil, coal and gas projects within their own borders. So this is very much a partial solution. But it will chip away at the funding and infrastructure that underlies fossil fuel extraction – making it harder and more expensive to use fossil fuels, while renewables become ever cheaper.

It is easy to get bogged down in the details of all these promises. What do they add up to?

The world’s governments agreed in 2015, at the Paris COP, to limit warming above pre-industrial levels to 2°C and preferably 1.5°C. This is extremely challenging, because the world has already warmed 1.1°C. In its most recent report, the Intergovernmental Panel on Climate Change (IPCC) stated that the world will definitely hit 1.5°C of warming this century – although it is possible to then cool the world back below that threshold with stringent emissions cuts and other measures.

A similar perspective comes from a new report released today by UN climate chief Patricia Espinosa, called 10 New Insights in Climate Science 2021, which lays out the most significant findings of the past year. The number one insight is that stabilising at 1.5°C of warming is still technically possible, but requires immediate and drastic global action that may not be feasible. “Yes, the 1.5°C window is still open, there are no signs to suggest that we could not land at 1.5,” says Johan Rockström at the Potsdam Institute for Climate Impact Research in Germany, who was a member of the report’s editorial board. However, this is a scientific assessment that does not take into account the political challenge of delivering the massive and immediate changes required. “I think the feasibility is low.”

Our reporter Adam Vaughan has taken a look at the promises so far. One analysis concluded that the pledges at COP26, combined with pre-existing promises, have put the world on track for 1.9°C of warming. It would be an astonishing turnaround, given that we were on track for 2.7°C before the summit. However, it is crucial to remember that this analysis assumes that all the promises are met – including instances where countries promise to hit net-zero emissions, but don’t give details on how.

Today, after Adam’s story was published, a similar message was put forward by Fatih Birol, chief executive of the International Energy Agency. He tweeted: “New @IEA analysis shows that fully achieving all net zero pledges to date & the Global Methane Pledge by those who signed it would limit global warming to 1.8 C”. The analysis has not been made public yet, but it seems likely it rests on similar optimistic assumptions.

Meanwhile, the world’s actual greenhouse gas emissions are very much continuing. The latest annual Global Carbon Budget report concludes that carbon dioxide emissions have almost returned to their pre-pandemic levels. Humans emitted 5.4 per cent less CO2 during 2020, because of the covid-19 pandemic, but this year’s emissions were 4.9 per cent larger. The lower emissions in 2020, as climate scientists always predicted, were a temporary blip. It will make little difference to the amount of warming we experience.

Nevertheless, the very fact that it is possible to take a mildly optimistic view of the pledges, and get into the 1.5-2°C range, is a remarkable advance. Not so many years ago, we were seriously contemplating temperature rises of 4°C or even 6°C as real possibilities. We are very much not out of the woods, but the picture has changed remarkably in the past 10 years.

On the less cheerful side, we aren’t doing enough to help people cope with the impacts of climate change. These range from rising seas to extreme temperatures and violent storms.

This week, the United Nations Environment Programme released the latest edition of its Adaptation Gap Report, which looks at how much is being spent on adaptation – and how much is actually needed. The report estimates that the annual cost of adaptation will be $140-300 billion by 2030 and $280-500 billion by 2050. Meanwhile, developed countries haven’t even managed to keep a promise to supply $100 billion a year by 2020. Clearly, there is a long way to go.

Because so much greenhouse gas has been released already, the world will be feeling the impacts for centuries to come – especially in the form of sea level rise, which is slow but inexorable. As a result, stopping all our greenhouse gas emissions is only half the battle, as monumental a challenge as it is. It is also essential to help the world’s most vulnerable people to find resilient ways to live, whether that’s growing different crops that can cope with drought, or building cyclone shelters.

So far, COP26 is proving remarkably successful when it comes to cutting emissions. But precious little has been done to help people adapt to the changing world.

What to watch for

Covid-19. Everyone attending COP26 has to supply a negative covid-19 test, but no test is 100 per cent reliable, and there are thousands of people crammed into a tight space – the ideal situation for the virus to spread. Accordingly, a UN official has said there have been a “few cases” of covid-19, “but not a substantial number”. However, they wouldn’t disclose precisely what they meant by “a few”.

Also, young people. Friday is officially “Youth and public empowerment” day at COP26, a title that’s pretty comical given how much difficulty young activists are having getting into the building. However, outside the summit Greta Thunberg will be joining a march through Glasgow that is expected to number 100,000.

Quote of the Day

“The end of coal power is now within sight,” according to COP26 president Alok Sharma. We will have to see if that translates into the UK government cancelling the proposed new coal mine in Cumbria.