I’ve climbed the mountain earlier than, Raila tells off critics 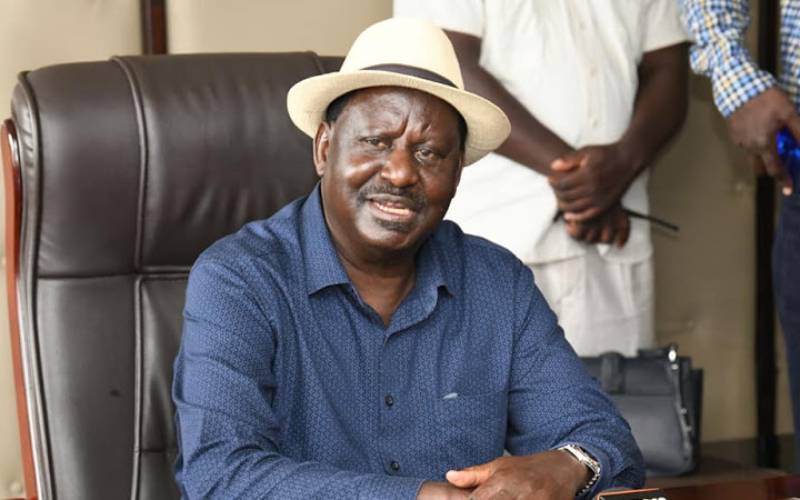 His sentiments come days after he met with businessmen and tycoons from the region at Safari Park Hotel as he tries to woe the vote-rich region (over six million votes) to back his 2022 presidential bid.

While addressing residents of Nyahururu and Subukia on Sunday, October 10, Odinga said their political friendship with the region started in the 1960s when his father, Jaramogi Oginga Odinga fought for Jomo Kenyatta’s release.

The ODM leader narrated how he campaigned for Mwai Kibaki after he was involved in an accident ahead of the 2002 General Election earning the name Mutongoria Njamba among the Kikuyus.

“I first climbed the mountain first when I said ‘Kibaki Tosha. I knew he was from the mountain, but still campaigned for him, he won and was sworn in on a wheelchair. Where were they then?” he posed.

“How do you make contributions of Sh100 million monthly with a salary of Sh3 million? We will make sure the corrupt are dealt with as per our laws,” he added.

Odinga took the chance to remind locals of the goodies they missed after the court declared the Building Bridges Initiative (BBI) law change illegal, pledging to revive it.

“The BBI had benefits to the people of the mountain but now it’s nowhere. We shall bring it back,” he said.

Raila made stopovers in various urban centres as he marketed his presidential bid in the region that has never backed his previous stubs at the presidency.

According to data by the Independent and Boundaries Commission (IEBC), the region boasts of seven million votes but is unlikely to field a presidential candidate in 2022 making it the most important voting block ahead of the polls.

Presidential hopefuls have recently made tours to the region to secure votes from the slopes of Kenya’s tallest mountain.