Electrical fracturing is catching on, however environmentalists should not impressed 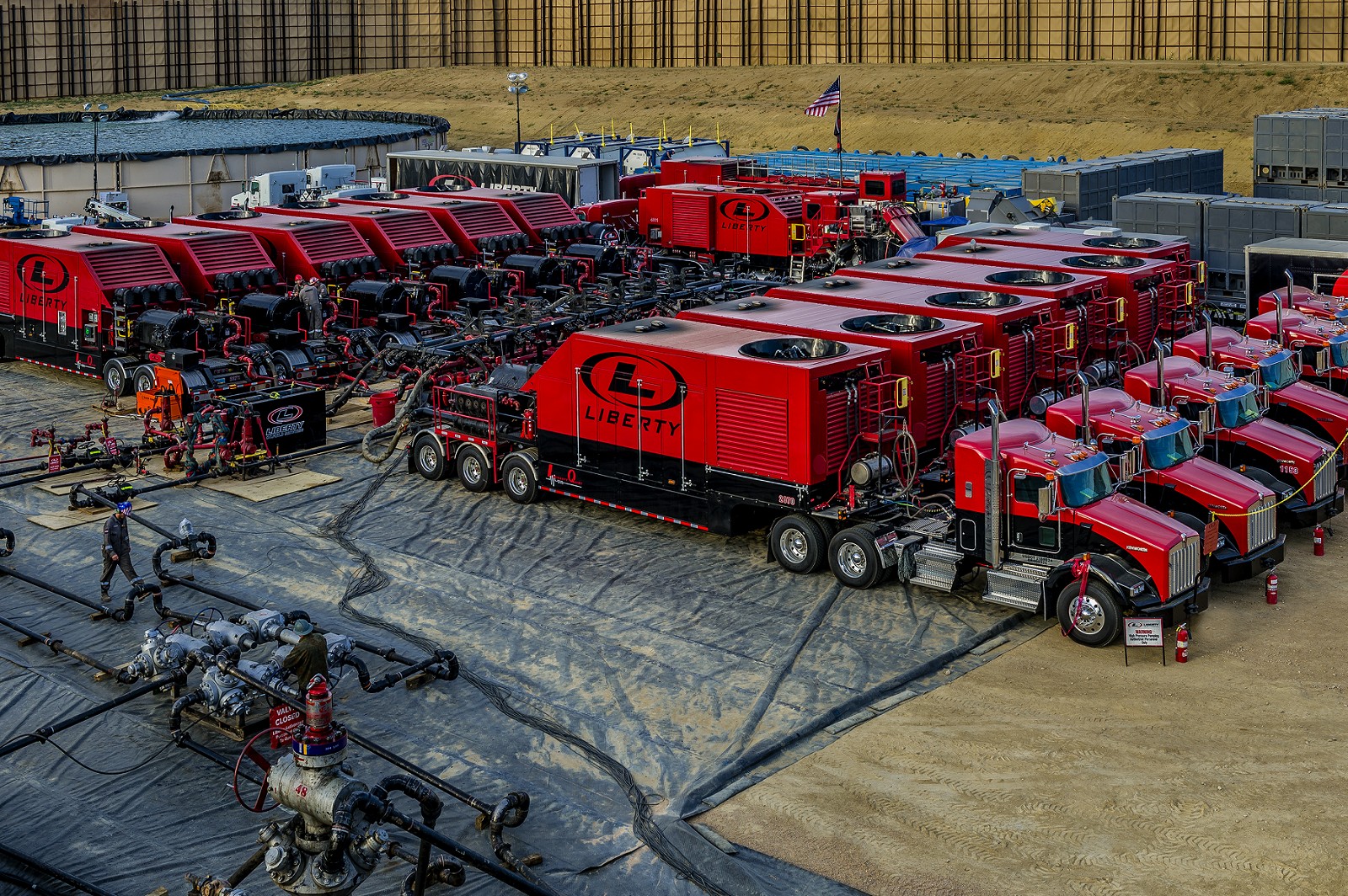 
NEW YORK (Bloomberg) –Low-carbon hydraulic fracturing is gaining traction across the U.S. But since it still extracts the very oil and gas that fossil-fuel critics want the world to stop consuming altogether, not everyone’s convinced.

The process of fracturing shale rock formations under high pressure by blasting water, sand and chemicals deep underground is an inherently dirty business. Once a typical shale well is drilled, a frack fleet descends on the site, hooking up a series of giant diesel pumps that can run uninterrupted overnight. At any one time, there can be upwards of 220 such fleets working across the U.S.

In response to the attention of environmentalists and investors scrutinizing its ESG—or environmental, social and governance—credentials, the industry is increasingly touting electric or low-diesel machines that are replacing conventional diesel fleets. The number of U.S. frack fleets running on electricity or a mixture of diesel and natural gas skyrocketed to more than 100 in September—comprising about 45% of the country’s working fleets. That’s more than three times the 30 or so in use before Covid-19, according to Joseph Triepke, partner at energy research firm Lium LLC. He estimates e-fracking or dual fracking fleets will make up about 55% of active fleets next year.

The new systems, which started to gain traction in 2019, not only offer lower emissions but also potential fuel-cost savings for operators. But critics say whatever emissions are being eliminated during the fracking process itself are still dwarfed by those created when the oil and gas that’s extracted ends up being burned. Plus there’s the inconvenient truth that fracking is still fracking. The loud and messy process has been accused of contaminating water supplies and causing earth tremors, though advocates argue the fuel it extracts can help the U.S. move away from dirtier coal.

Switching to electric-powered frack fleets “doesn’t really matter in the overall scheme of things, if you look at the emissions associated with the lifecycle of natural gas,” said Arvind Ravikumar, a research associate professor of the Petroleum and Geosystems Engineering department at the University of Texas at Austin. “This would be like buying a plane ticket to go from New York to Tokyo, but then wringing your hands over whether you should take the stairs at the airport or the escalators. It really doesn’t make a difference.”

The debate over the issue—which the industry has dubbed “ESG-friendly” fracking—is just one example of how fossil fuel companies are trying to cut emissions while maintaining production. That posture that may be increasingly difficult to maintain as more investors push energy companies to lower their footprints, including those hard-to-quantify “Scope 3” emissions, or those released by a company’s supply chain and customers. The push for more action is gaining speed: Earlier this year, Royal Dutch Shell Plc was ordered to reduce carbon emissions by 45% by 2030 by a Dutch court, while ESG-minded investor Engine No. 1 won a boardroom battle with Exxon Mobil Corp.

Still, advocates of e-frack technology say every little bit counts, especially as talk of the energy transition moves quickly in the industry. E-fracking lets companies cut some emissions without trimming actual output. Customers like it too, for both the promised cost savings and how green it sounds. For those frackers not making the switch, it’s often because they still have a glut of diesel-powered machinery to use.

Liberty Oilfield Services Inc., which has the second largest e-frack fleet according to Lium, said in its ESG report released in June that 35% of its fleets are now dual-fuel capable—and the technology is getting progressively better. Liberty’s “Tier IV dual fleet” releases 786.1 gallons per killowatt-hour of carbon dioxide equivalent, a 23% drop from the “Tier II duel fleet” that it started using in 2013. Its latest technology, powered by a Rolls-Royce gas generator, is expected to cut frack-fleet emissions by another 20% or more, it said.

“The turbines we were using in frack are very small, they leak a lot of methane, and they actually don’t reduce greenhouse gases,” Chief Executive Officer Chris Wright said of the older technology. With the shift to lower-emissions fleets, it means “less money, less fuel, less activity, to produce an increasing amount of energy that lowers greenhouse gas emissions. And to me, even more importantly, it lowers the costs.”

At Halliburton Co., the world’s biggest provider of fracking services, “probably 40% or 50%” of fleets are already “capable of natural gas burning in some fashion,” said Michael Segura, the company’s vice president of production enhancement. That gives it the country’s largest ESG-friendly frack fleet, he said, noting that the company may consider converting more if customers want it.

Halliburton recently deployed an all-electric fracking fleet in the Marcellus shale that it says reduced emissions for Chesapeake Energy Corp. by 32%—though that’s a fraction of total emissions once Scope 3 from the fossil fuels’ end-use consumption is taken into account. That helps explain why true net zero, the ultimate goal of some sustainable investors, is such a monumental task and why critics say e-fracking is only tinkering around the edges of the challenge.

“Typically, they use electric motors anyway. It’s just a question of where do they draw the power from,” said Ed Hirs, energy fellow who teaches energy economics courses at University of Houston. When it comes to e-fracking, “it’s just a new name.”