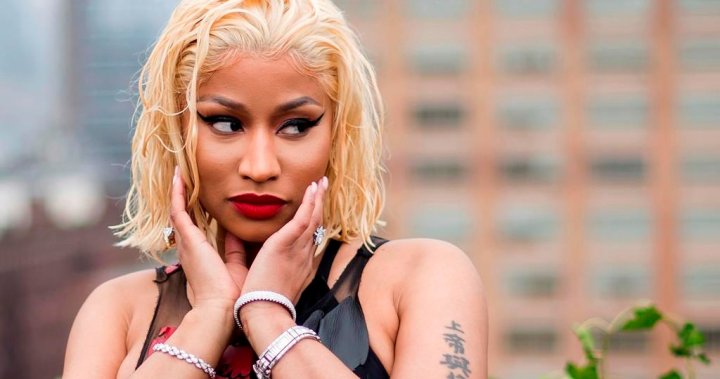 
Nicki Minaj’s cousin’s friend in Trinidad did not become impotent after getting a COVID-19 vaccine.

Trinidad officials know. They checked. And they’re pretty annoyed that they had to do it, as there is no documented evidence of a coronavirus vaccine having that kind of side effect — though the disease itself can impact fertility.

Nevertheless, authorities in Trinidad, the United Kingdom and the United States have come out to definitively shoot down the rapper’s false claims about vaccines, after she tweeted the second-hand story on Monday night.

“My cousin in Trinidad won’t get the vaccine cuz his friend got it & became impotent,” she tweeted. “His testicles became swollen. His friend was weeks away from getting married, now the girl called off the wedding. So just pray on it & make sure you’re comfortable with ur decision, not bullied.”

She issued the tweet after announcing that she wouldn’t go to the Met Gala because all attendees must be vaccinated, and she is waiting to do “research.”

Terrence Deyalsingh, Trinidad and Tobago’s health minister, came out to publicly refute Minaj’s story on Wednesday, after checking with hospitals across the nation of 1.4 million people.

“As we stand now, there is absolutely no reported such side effect or adverse event of testicular swelling in Trinidad … and none that we know of anywhere in the world,” Deyalsingh said. He added that his office takes “all these claims seriously,” but investigating Minaj’s viral tweet proved to be a “waste of time.”

Read more:
Joe Rogan doubles down on unproven ivermectin after bout with COVID-19

“There’s no evidence that it happens, nor is there any mechanistic reason to imagine that it would happen,” Fauci said Tuesday, after he was asked about the potential side effect on CNN.

“I’m not blaming her for anything, but she should be thinking twice about propagating information that really has no basis as except a one-off anecdote, and that’s not what science is all about.”

4:58
Is it normal to experience more side effects after your second shot?

Is it normal to experience more side effects after your second shot? – Jun 28, 2021

“There are a number of myths that fly around which are just clearly ridiculous,” Chris Whitty, the U.K.’s chief medical officer, said. “Some of which are clearly designed just to scare, that happens to be one of them. That is untrue.”

The White House invited Minaj on Wednesday to speak to the country’s top doctors about vaccines, in an effort to correct her on the science. The invitation came after Minaj repeatedly doubled down on her initial tweet, dubbing it “Ball Gate” for her 22.6 million followers.

The Starships singer skipped the Met Gala on Monday due to the event’s mandatory vaccination policy.

“If I get vaccinated it won’t be for the Met. It’ll be once I feel I’ve done enough research,” she wrote ahead of the event.

She has since accepted the White House’s invitation, and is expected to speak to the doctors who have actually done the research in labs.

“Yes, I’m going,” she tweeted. “I’ll be dressed in all pink like Legally Blonde so they know I mean business.”

— With files from The Associated Press and Reuters