Head of Islamic State in Sahara killed by French troops 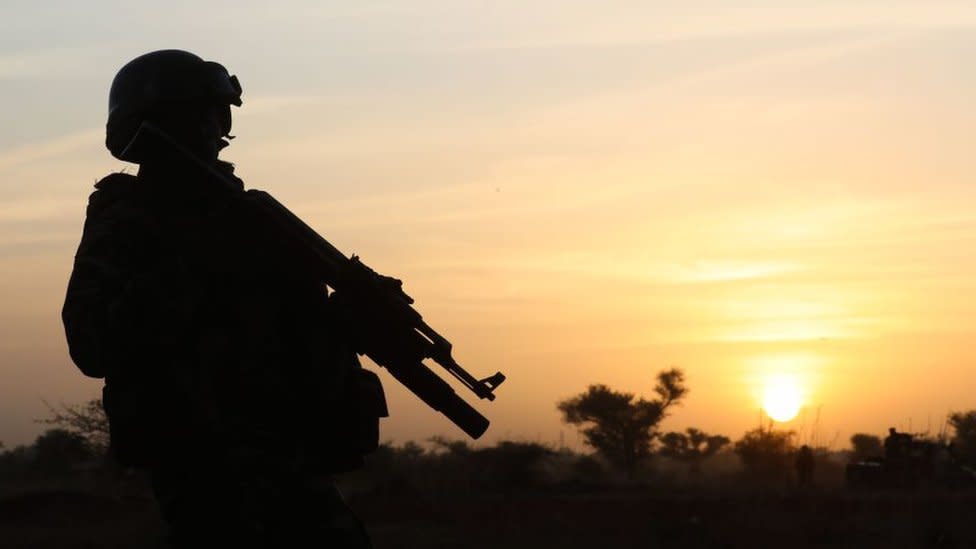 
The head of the Islamic State group in the Sahara has been killed by French troops, President Emmanuel Macron has said.

The group is blamed for most attacks in the region, including the targeted killing of French aid workers in 2020.

Mr Macron called Sahrawi’s death “another major success in our fight against terrorist groups in the Sahel”.

The Sahel is a vast, three million sq km (1.16 million sq miles) area that stretches across Africa south of the Sahara desert, from Senegal in the west to Somalia in the east.

Mr Macron did not disclose the location or any details of the operation.

She added that it was “a decisive blow against this terrorist group”, and that the “fight continues”.

Sahrawi, who was born in the disputed territory of Western Sahara in 1973, and had been a member of the Polisario Front which is fighting for independence from Morocco.

He later joined al-Qaeda in the Islamic Maghreb (AQIM) and co-led Mujao, a Malian Islamist group responsible for kidnapping Spanish aid workers in Algeria and a group of Algerian diplomats in Mali in 2012.

The killings followed a series of large-scale attacks on military bases in Mali and Niger in late 2019. The group was also said to have been behind a deadly attack on US troops in Niger in 2017.

The Sahel’s porous borders are often exploited by drug runners, people smugglers and militants such as the ISGS.

French forces have been hunting jihadist cells in the region for years. In 2013, France intervened to prevent an al-Qaeda affiliate from taking over the Malian capital Bamako.

There are several missions running concurrently in the Sahel – including a UN peacekeeping mission, comprising 56 nations and 14,000 troops, and the French-led counter-terrorism mission Operation Barkhane, which is backed by US intelligence.

In June, Mr Macron announced that Operation Barkhane would end in its current form, and that French troops would be cut in the region over the course of several years. Last month, Chad announced it was halving its counter-terrorism force in the region.

After announcing Sahrawi’s death, Mr Macron added in a tweet: “The nation is thinking this evening of all its heroes who died for France in the Sahel in the Serval and Barkhane operations, of the bereaved families, of all its wounded.

“Their sacrifice is not in vain. With our African, European and American partners, we will continue this fight.”