by admin
in World
0


President Joe Biden admitted during his address from the White House this week that, “The scenes we’re seeing in Afghanistan, they’re gut-wrenching, particularly for our veterans, our diplomats, humanitarian workers, for anyone who has spent time on the ground working to support the Afghan people.”

Yet the voices of the veteran community aren’t always heard in mainstream media, which tends to prioritize finger pointing and political bickering instead of focusing on the impact of such events on the people who served there, or the people who lost loved ones there. The depression and rage that flowed through the veteran community – as the US flag came down from the Embassy in Kabul, and as the U.S. failed to secure even a safe route out of the country for its own people, much less the Afghans who have supported the US-led effort there for the past 20 years –  was swift and devastating to many in the veteran community, who often don’t engage with media, but turn to each other for support via chatrooms.

A statement released by former President George Bush and former First Lady Laura Bush read, “Many of you deal with wounds of war, both visible and invisible. And some of your brothers and sisters in arms made the ultimate sacrifice in the war on terror. Each day, we have been humbled by your commitment and your courage. You took out a brutal enemy and denied Al Qaeda a safe haven while building schools, sending supplies, and providing medical care. You kept America safe from further terror attacks, provided two decades of security and opportunity for millions, and made America proud. We thank you from the bottom of our hearts and will always honor your contributions.”

The Cipher Brief reached out to two veteran leaders, Matthew Griffin and Scott Chapman, who wrote a fictitious letter they titled ‘Writing in Taliban’ as a way to share their outrage over recent events and how they believe – based on their unique on-the-ground experience – the Taliban will communicate this ‘victory’ to their followers. 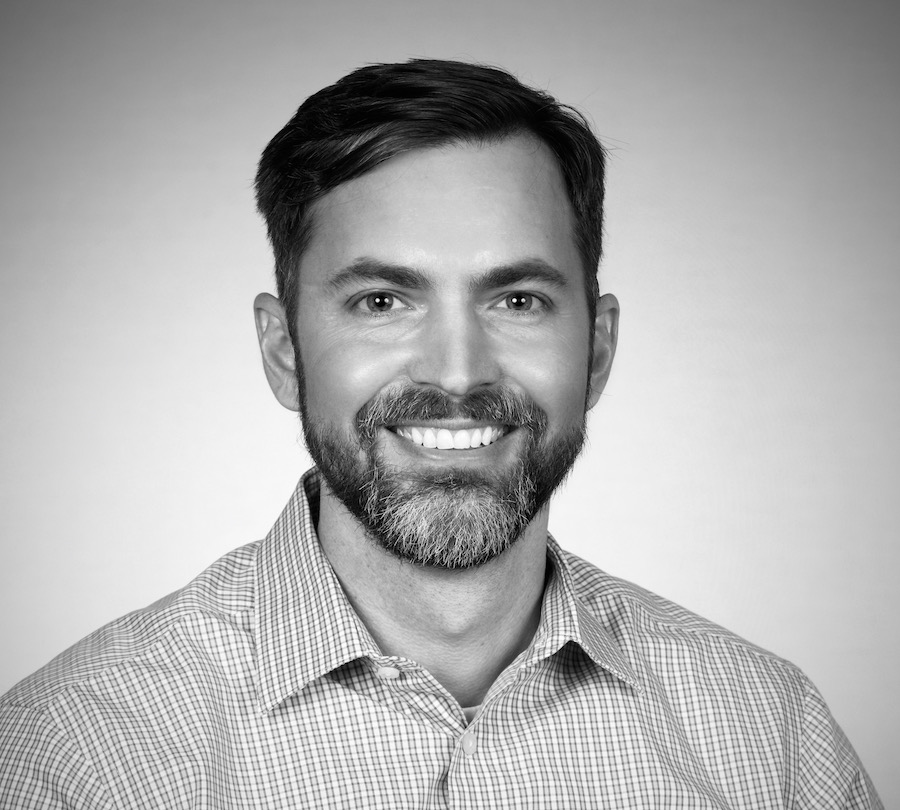 Scott Chapman served in 2nd Battalion 75th Ranger Regiment from 2001-2005.  He deployed to Iraq during the 2003 invasion and to Afghanistan 4 times.  After the military, Scott worked as a contractor providing security support to the Intelligence community where he deployed 17 times mostly at Forward Operating Bases (FOB) providing security support for Intelligence personnel and operations.  Scott’s final duty rotation was at the US Embassy Annex in Kabul where he worked as a mentor for Local Guard Forces.

Author’s Note:  We’ve spent the past week trying to find a way to communicate our thoughts to the American people in a manner that would intentionally evoke some of the anger, rage, action, and understanding that we feel.  Writing in the voice of a Taliban felt right. If reading our letter from the Taliban makes you angry, cry, or contemplative–then our goal is achieved.  Our hope is that it inspires you to take action by reaching out to your elected officials.  They’ve been repeating the same failed playbook since World War II with your sons, daughters, and tax dollars.  If you want this to keep happening, do nothing.  If you don’t, then do something.  If we all do a little, together we do a lot.

OPINION/PERSPECTIVE — The first time I saw you was in the Khyber Pass.  You came with your technology, elite fighters fueled by revenge, and the hubris to believe you could disprove history.

This was a war that you didn’t have the stomach to fight.  But I’m glad you tried.

Our history is millennial.  We don’t yearn for an early victory when the Infidel ravages our Holy Land.  Our victory is celebrated decades from now.  We’ve endured, then ravaged every standing military that crossed our borders.   Why?  How?  We’re patient.

In 30 days, we’ll be stronger, richer, and have control over precious natural resources that you need for your pathetic life dictated by comfort.  We will have women, riches, land, guns, and ownership of one of the greatest chapters in military history.

If you want to try again, we welcome the challenge.  You will fail regardless of how much money you burn in our deserts. For pity, here is free advice that may contribute to your future success; should you ever decide to invade again.

You recruit your warriors and supporters from a drug addicted, distracted, disillusioned population that’s obsessed with comfort and entertainment.  A population obsessed with altering their mundane reality.  Alcohol, marijuana, pills, and our new favorite — Tide Pods.  Every time your doctors prescribe opiate painkillers, you line our coffers with gold.  Your population’s thirst for our pristine heroin has never been more lucrative for our warrior tribes.   We will keep feeding you poison for as long as you keep your hands out.

If your population wasn’t so spineless, undisciplined, and self-loathing, then you might be able to compile a raiding party with enough tenacity to outthink ours.  Our fighters are born into war.  Raised in it.  It’s a way of life that evades your “first world” nations. They live a life of such immense misery and pain that they’re willing to fight barefoot in the snow for the opportunity to martyr themselves. They yearn for the opportunity to die.  When they do have the blessed opportunity to sacrifice themselves, they sit above Mohammed at the right hand of God.  Blessed in Allah for eternity

What honors do your fighters receive?  Their empty sacrifice is remembered in the form of a “three-day weekend.”  The majority of your population uses this sacred time to get drunk and grow more fat as a way to celebrate their fallen warriors.  Sadly, we pay tribute to their death more honorably.

The colored pieces of cloth you pin on their chests are similar to the jewelry worn by our women.  What good are accolades and vanity if you don’t have the stomach to endure a fight?   We don’t offer the burden of healthcare to our fighters as they often want to die for Allah.  Your fighters fight to live.  Their inability to reconcile the inevitable outcome of our patience leads them to kill themselves.  Your medications, counselors and non-profits will never undo the pain and suffering you’ve forced them to endure.  It will never remove the pain we’ve caused your broken nation.  You are your own worst enemy.

We will give your fighters credit.  Some are creative, tenacious, and fierce. They outgun us in every way possible.  But again, we simply wait them out.  Allah is patient.  You cycle them through our Holy Lands every 3 to 12 months for their combat rotations.  After their tour is complete, they return to the comfort of their warm beds and endless entertainment.  If you left them here, in our Holy Land, with no way out but to win, then you might of have had a chance of success.  The longer you poisoned our Holy Land with your presence, your “rules of engagement” only strengthened our position. There is only one rule in war – that is to win.

Your commanders made you fight with your hands tied behind your back. Your rules also confused our fighters too.  “We’re clearly the enemy; why are they letting us go?”  Thank you for your compassion as it allowed our fighters to kill more Infidels.  We began to feel as if your commanders were on our side.  We’re thankful your most vicious dogs were never allowed off their leash.

Your showcase Generals make us laugh.  You spend millions of dollars flying them around our country, inventing new ways to win while ignoring the guidance of our most capable foes.  Your Generals make decisions to minimize risk to their fragile reputation with the ultimate goal of securing a lucrative retirement–jobs with suppliers that fuel your losing force. A self-serving circle that’s built on the backs of your youngest and most naive fighters.

Your retired Generals “earn” tens of thousands of dollars talking to your political, industrial, and financial leaders about “teams, winning, and discipline.”  It’s a mockery of the war they refused to fight.  It’s a mockery of the Infidel warriors who died in our lands. We urge you to continue following their vacuous personalities so we can further watch your once great nation collapse.

Your statesman and elected officials are spineless, narcissistic, and more cowardly than your Generals.  They crave power over you above all else.  They come to our country, hide behind blast walls, and only heed the word of the indigenous leader they put in power.   I believe your soldiers call this a “self-licking ice cream cone.”

They’ve burned billions of dollars in a wasted effort to bring clean water, electricity, business, education, agriculture, and exports to a region that didn’t ask for it.  You should have saved yourself the effort and simply given the money directly to us.  Don’t worry; your diplomatic friends gave us plenty of your American tax dollars.  If you want to give it another shot with your “soft power,” send those with real experience, not fancy degrees and silver tongues.

Over the next few months, we will make the world understand that you failed worse than any fighting force that’s ever invaded our lands.  Today we celebrate victory.

As you evacuate your embassy, our fighters will be standing in the shade.  Our RPG marksmen will be patient.  We thank you for the parting gifts.  You’ll find surface-to-air missiles staged in the back of Toyota pickup trucks that you purchased for us.  We saw what Extortion 17 did to your nation and the morale of your fighting force.  Do your citizens even remember that victory? We’ll be repeating and improving upon our victory while your citizens and sympathizers evacuate in disgrace.  Every one of your foes around the world will know exactly how to break you. You are welcome to fly your empty drones, target our cell phones, and send your spies.  But they, too, will ultimately fail.  We’ll use their failures to show the world that you’re not all-powerful.  You’re a false front–an empty shell. You lie, cheat, steal, and are easily defeated because you lack the spine to fight.  This is your history now.  We’re grateful Allah gave us the opportunity to show the world how to defeat the Infidels.

We look forward to seeing you again across the battlefield.

Praise be to God,

The Cipher Brief is committed to publishing a range of veteran views on this issue.  Stay tuned for more and read different informed, national security perspectives in The Cipher Brief