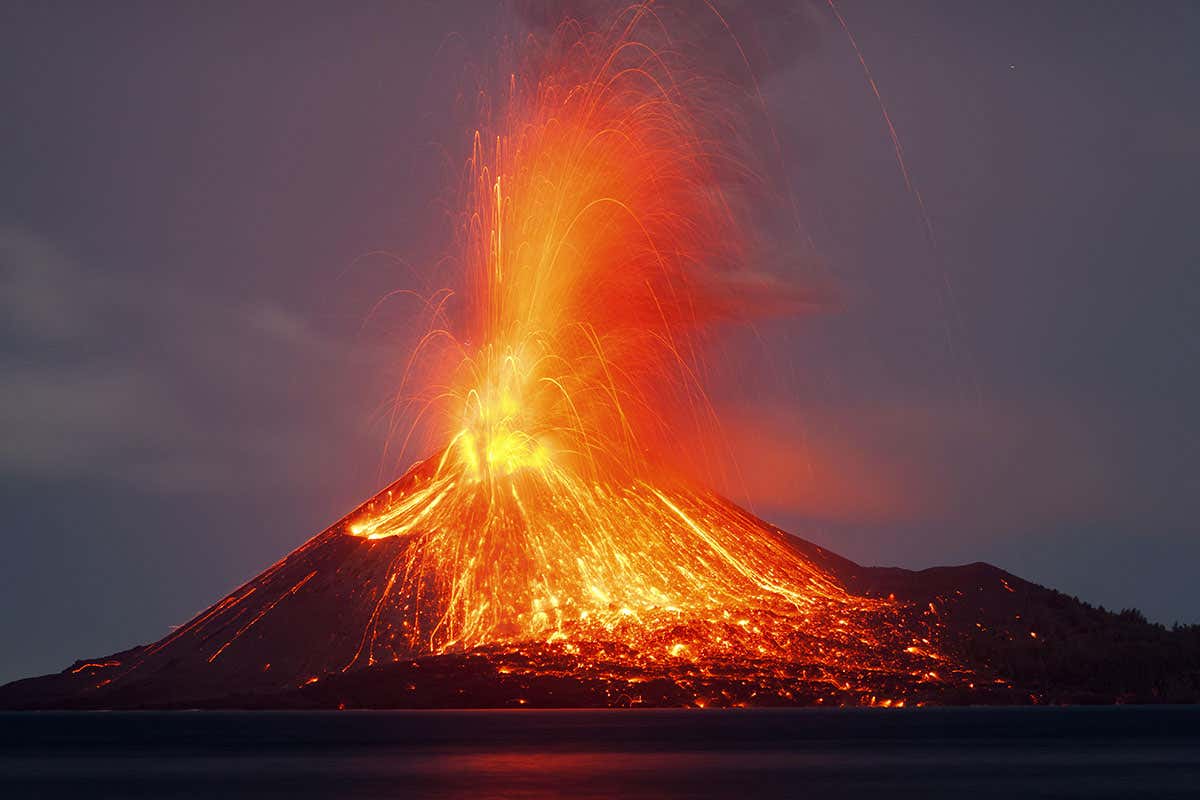 
A volcano is essentially a gap in Earth’s crust where the surface is connected to chambers of liquid rock below. Earth’s crust is composed of tectonic plates that sit on top of hotter, softer rock in the mantle. Volcanoes most often occur at the boundaries where plates meet. This happens on land but there are also many underwater volcanoes, some of which are very large. There are also volcanoes, including those in Hawaii, that sit in the middle of tectonic plates. It is thought that these are connected to the mantle by 3000 km deep chimneys of liquid rock called mantle plumes.

According to the US Geological Society, there are about 1500 potentially active volcanoes on land. There are always dozens of them erupting. In 2020, more than 60 volcanoes have erupted or continued to erupt.

Volcano are perhaps best known because of the dangers they present. Streams of lava can burn up and destroy anything in their path. While explosions can inject huge quantities of ash into the atmosphere. It is thought that huge bouts of volcanic eruptions in the ancient past clogged up the atmosphere, changing the climate in drastic ways that precipitated major extinction events.

There are also volcanoes on other worlds in the solar system. Olympus Mons on Mars is an extinct volcano. Meanwhile, Io, a moon of Jupiter, is the solar system’s most geologically active world with more than 400 active volcanoes surrounded by pools of bubbling rock. We have also found plenty of evidence of ice volcanoes, including on Pluto, which erupt not rock but compounds that would typically be liquids or gases on earth, such as water and ammonia.